The history of South Glens Falls is intricately tied to Glens Falls, located just to the north across the Hudson River form our earliest times. Originally used by Native Americans for Hunting and distributed after the French and Indian War, this area is rich with History.

The Village of South Glens Falls

The Village history is intricately tied to Glens Falls located just to the north across the Hudson River form our earliest times. The Indian tribes of the Mohawks drove the Algonquians from the upper Hudson Valley reportedly in the late woodland period. (c.16th century), this area was known as a winter hunting grounds. The trail known as the “Great Carry” (today the path of Route 9) was the area for portage between Glens Falls and Fort Edward. As time progressed the river became a major conduit of merchant material supplies, namely logs from the Adirondacks that were floated down river to this area for distribution to various lumber mills and eventually paper mills that sprung up on both sides of the river. 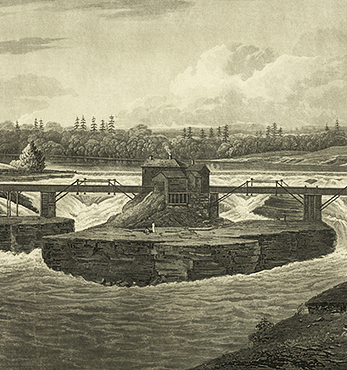 The Daniel Parks, Sr. family are generally credited as the first settlers of the Village area in 1766 after serving in the French and Indian War, receiving a 800 acres of land, and constructing a house and sawmill, later used by Morgan Lumber Co. In 1770, the Glen Patent (+/- 2000 acres) including the Parks property was granted to John Glen. He purchased part of the Parks property known as the “Old Castle” in 1788 (now the site of SCA Tissue Inc.) along with the right to name the falls from Abraham Wing. In the early 1790’s, John Folsom settled in the Village and by 1806 had established a saw mill, grist mill and cotton mill all on the south side of the river at the falls. In 1832 the Feeder Canal opened across the river and allowed boats to dock and the local industries to ship their goods to the world via the canal system. These goods included lumber, limestone, marble, grains and flour, and other products. In the middle 1830’s Folsom sold his properties to Julius Rice who operated a stone quarry. Mr. Rice is credited with doing the first surveys of the area including the layout of many streets in the Village; he later donated property for a cemetery, two churches and a school. 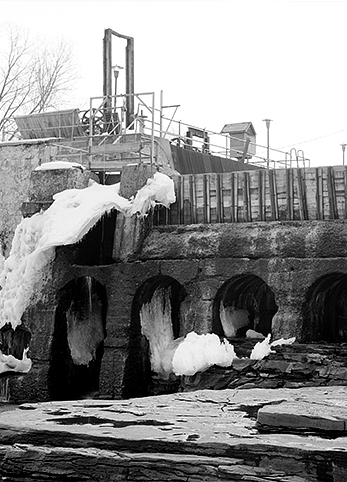 In the late 1880’s the residents tried to incorporate the Village in order to form a public water system for the common good. After a number of elections the proposition finally passed and the Village was formally incorporated in 1895. Subsequently the Board and residents passed a referendum to form a water system and authorized the expenditure of $50,000 to build “a wholesome community water system”, in 1896 the construction began for the reservoir and pump house—-today we still enjoy parts of that same system along with many improvements and more to come— we are presently designing a filtration plant to improve our springs system to comply with the latest DOH regulations.

In addition to river related history information and dates as previously noted above other also very important operations including the development of hydropower electrical generation and distribution for the industries and eventually residential use. The Glens Falls dam used to regulate water levels and control logging operations on each side of the river. In 1916-17 the dam was reconstructed to include gates, penstocks and erect a power plant under the Route 9 bridge, the power house was replaced in the middle 1990’s along with the dam, the dam now has flood gates to control the spring runoffs. Niagara-Mohawk, Adirondack Hydro and subsequently Boralex Operations, Inc. were the builders and operators of this facility. The electricity generated is connected to the state power grid for distribution. 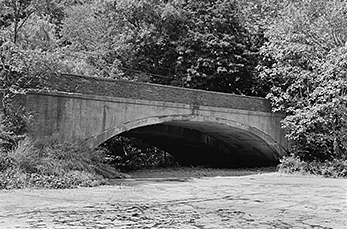 Another large source of local history is the Route 9 bridges which were originally constructed in 1792 and subsequently replaced, after flood washouts, in 1802, 1833, 1890 and 1913. We have in our Museum many photos of the destruction and reconstructed structures.

The bridge now standing was completed in 2003 to replace the obsolete one built in 1915. As part of that project NYS DOT provided funding for the Cooper’s Cave pedestrian bridge, observation/interpretive platform on the rock outcropping above the cave. The City and Village were 50/50 participants in the design of this facility. 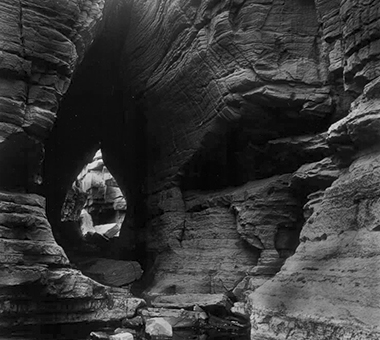 Learn how “these dark and silent caves” inspired author James Fenimore Cooper to write one of his most famous and beloved novels, The Last of the Mohicans which was then made into a movie by Michael Mann in 1992. Above the cave is the Cooper’s Cave Bridge, which connects the Village of South Glens Falls and the City of Glens Falls.  Next to the bridge there is a viewing platform that offers information about James Fenimore Cooper and the Mohican tribe. When you visit the cave you can experience the protection that the Mohicans felt when they were hiding for their attempted escape.

The cave is part of New York State’s historic Independence Trail and is open from Memorial Day to October 31st every year from 9am-8pm. Admission is free but to arrange a group tour you must call in advance at (518) 761-3864
*GlensFalls.com. Gazebo area is utilized by our Chamber of Commerce with Tuesday “Concert in the Park” series in the summer months.

The Historical Society of Moreau

The Historical Society of Moreau was founded in October 1983. The Society received its provisional charter from the University of the State of New York Education Department in November 1986. In July 1996, the Society received an absolute charter. The Moreau Community Center provided us with a meeting place in 1984-1986. It was then in 1986, the Glens Falls Portland Cement Company generously donated the Parks-Bentley Place to the Historical Society of the Town of Moreau and the Village of South Glens Falls.

Mary Sayers, a local student was instrumental in obtaining the nomination of the Parks-Bentley Place to the State and National Register of Historic Places. The nomination was granted March 16, 1994. Since acquiring the Parks-Bentley Place, research and renovations are on-going. With much dedication of the Society’s members along with tremendous support from public and private sectors, some of the renovations are complete.

Your business is just one short application away from unlocking the benefits, promotion and expansive network of the South Glens Falls Chamber of Commerce.